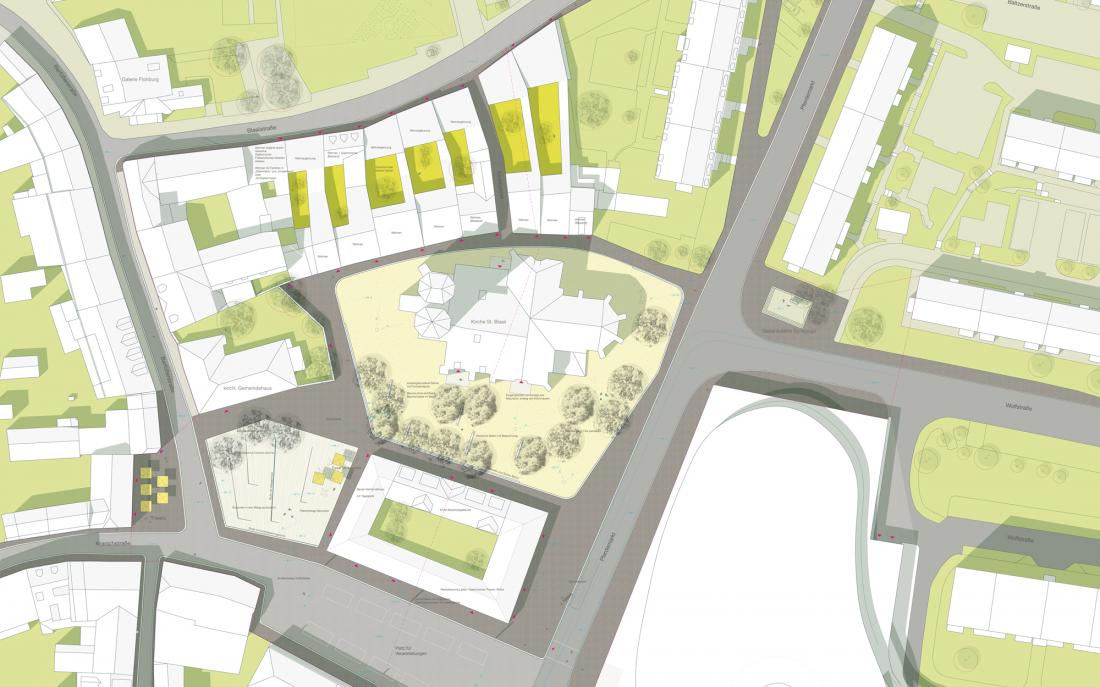 The square of Blasiichurch marks the historical entrance to the old town of Nordhausen and represents the central part of the urban fabric. The surrounding streets constitute the transition between the historical center and reconstructed districts. They act as a link between different times and types of use.
The new design aims to strengthen the qualities of Blasiisquare as an entity with the surrounding old town by developping a sophisticated urban space of high quality.
The design features a sequence of three related squares that interfaces the different urban scales.
In order to generate diverse uses and atmospheres the three squares have unique characteristics.
The Blasiichurchsquare itself provides a tranquil and contemplative space with stopover amenities equipped with benches under the striking tree-canopy and a bright water-bound surface.
Serving as a junction and meeting point between several small paths the "Cranesquare" appears as a paved urban space.
The "New Horsemarket" located in the transition area between a site with compact urban allotments and large scale retail outlets provides a space designed to host bigger events such as markets or concerts.