Urban study on the design of Brunnenstrasse Zittau 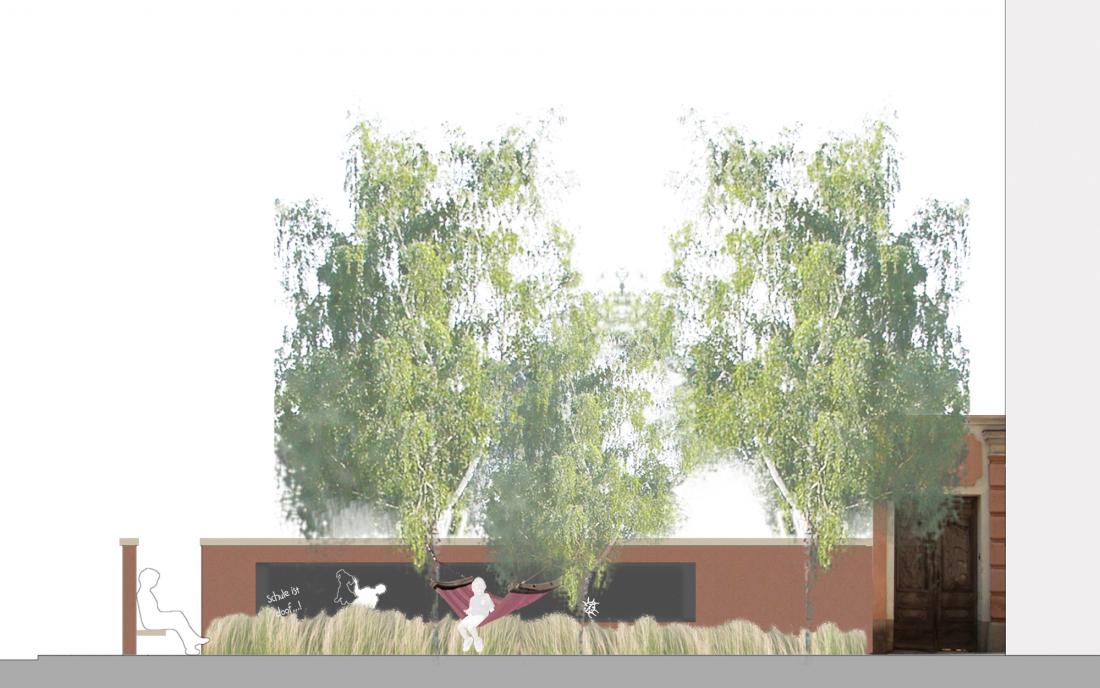 The city of Zittau aims to develope a spacial concept for redesigning the streetscape and open space of the Brunnenstraße located in the historical old center. Within the framework of future roadworks to reconstrucing the Brunnenstraße (Well Street) the new design is required to include adjacent private lots.
The historic built fabric previously delimiting the streetscape on both sides remains from wilhelmian period and partly even dates from 16th century. Due to massive decay a huge number of buildings had to be taken down in the past years.  The absence of a continuous spacial limitation of the streetscape, now offers new private as well than semi-private open spaces flanking the street.
One of the primary goals of this Design Study is the creation of an overall concept for redesigning the streetscape and open space including public as well than private plots.
The studies design and preservation proposals are supposed to act as a basis for discussions with the property owners.