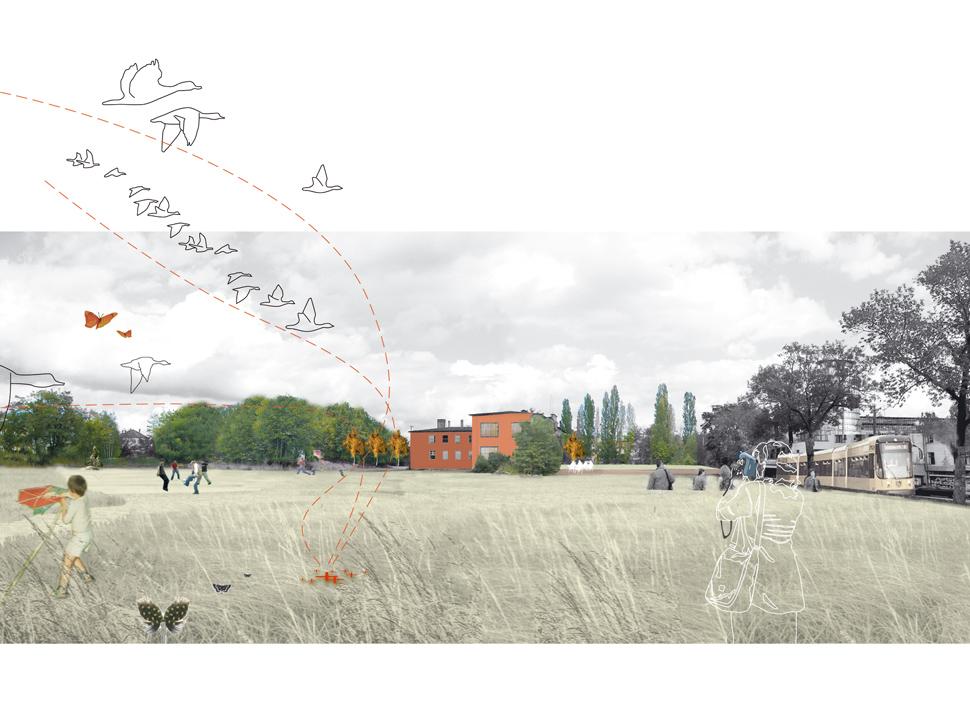 Phase 1 - opening up and linking in
The area is opened to the public for formal as well than informal uses while at the same time ecological development is being pushed. Deducing main design principles from the existing fabric the space offers areas designed for intensive use around Freiberger Straße/Metro station, reclamation areas with interim greening, and, acting as centre and placemaking element the reused industrial building of former ticket printing-house at the entance of Weißeritz green corridor.

Phase 2 - attracting and strengthening
The open space is developed in order to link it to surrounding neighbourhoods and the adjacent senior park. Improved access and strengthened urban qualities leads to new urban development converting exisiting buildings along Freiberger Straße.

Phase 3 - Initializing Development
Once Weißeritz district between center and Löbtau is consolidated consequently the urban development of former Railwayyard is to be tackled. At junctions the design introduces small areas for intensive uses acting as initiating park structure carrying on further development of the railway area.
During this process temporary uses of open spaces and buildings of former ticket printing-house can go on.