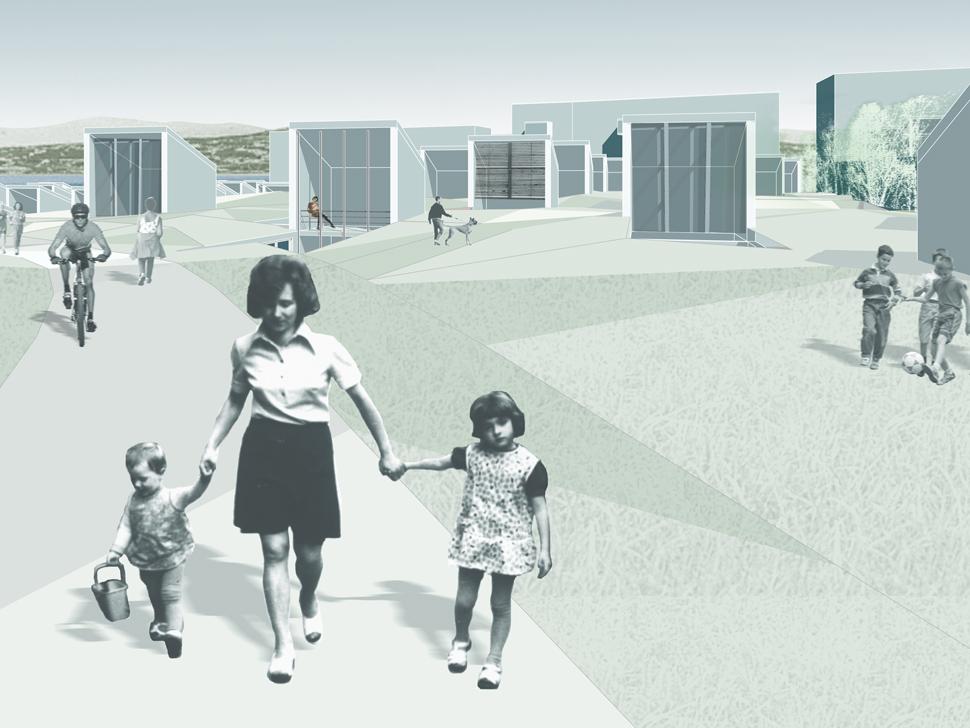 SNOWSCAPE* is about the polar climate, the short summer and the long, dark winter. Thinking about a landscape that undergoes tremendous transitions during the seasons – snow, as an extra layer to the earths surface for almost half the year – raises the question for the appropriate living condition.

Providing shelter during the harsh periods of the year, and allowing a maximum of open space use during the too short but lighted summer period is the main idea of snowscape*. Providing protected, intimate private courtayrds, a neighbourhood which plays on top of the housing, as well as sufficient civic space serving the whole community are the main characteristics for the open spaces.

The housing is following some northern typologies which are common in similar climatic conditions: digging the house into the ground, thus providing shelter from the cold, plus extra roofscape.

The concept of snowscape* is optimised for sun-catching, energy saving, maximising of open space use, and – snowfall. The housing is able to provide daylight and open views towards the surrounding landscape during the whole year – and during the polar night it is giving the light back to the neighbourhood, showing the individuality of the inhabitants with the help of the artificial light they use.

Connecting the housing with the surrounding landscape comes naturally since the snowscape* provides already the firts open-air experience, and further links directly to the pathways that lead to the recreational spaces along the shoreline, and up to Blåfjellet. In this way the dramatic landscape is directly linked to the inhabitants of snowscape*.